I don’t know why.
But I have reached a stage where I can put a lot of grievances aside today. It is Saturday morning, no immediate work to be done.
I have checked the progress of the election in the US, it is still not called, however the direction has manifested and the probability of a Biden-presidency seems to be all but decided now.
So what did I do?
Something I haven’t done for a long time.
A few years back my favorite Saturday morning routine consisted of turning on the Arte-channel, a TV channel for arts and culture. Pleasant as it was, for a few years now I didn’t have the calmness to indulge myself with those profanities.
Sounds awful, doesn’t it?
And yet, today, I could finally do it. I watched a show called „Invitation au voyage“, a travel-culture program with sections about different parts of the world, always including one about France which I love (but don’t understand, just like any other country, including my own). I adore the different regions, all so unique in every sense. Today the French part dealt with Brittany, where I spent two semesters at Rennes Sup de Co, in particular with the now extremely diminished forests of which I have seen a little in my time there. Especially Brocéliande, the magic forest of the druid. Or so they say. It was nice to dwell in the past, haven’t thought of it for a while.
It was a delightful change back to old ways which I had forgotten. Also, a chance to improve of my now pretty rusty French, a language which I have been trying to learn for at least three decades, with painfully slow progress.
I will get there before the end. In the end. Of this I want to be certain.

So today seems to be a bit of a holiday from all the madness of 2020. And the three years before. The sun is shining, it is getting colder, so there is a chance of a midday stroll for an hour. Blissful and peaceful. Away from the misery of the virus. The only downside is that the coffee shops are all closed so our favorite past time on days like this will not be possible: Sitting down for a coffee, reading, talking, watching people. I miss that. The simple pleasures of life. But today makes me confident that the worst is over. There is some light shining our way, the darkness doesn’t feel scary anymore, fears of fascist hordes roaming our streets has greatly diminished. At least I hope so.

I have no idea why I felt like writing in English today.
It seems perfectly normal, the words are flowing naturally, so it was the right decision, I guess. I haven’t done it for over ten years but this doesn’t prevent me from doing it. Although the fluency isn’t what it once was, I am happy doing it. Maybe I finally accept the notion that perfection is an illusion. Flaws are part of the game called live.
I better remember that when the tide will shift again one day.
Let’s hope it doesn’t happen so soon.
Because I want to continue to feel this way.
At least for a while. 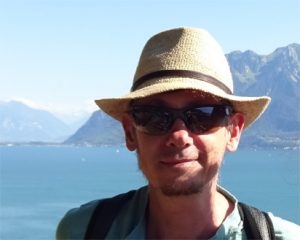 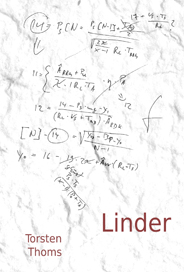